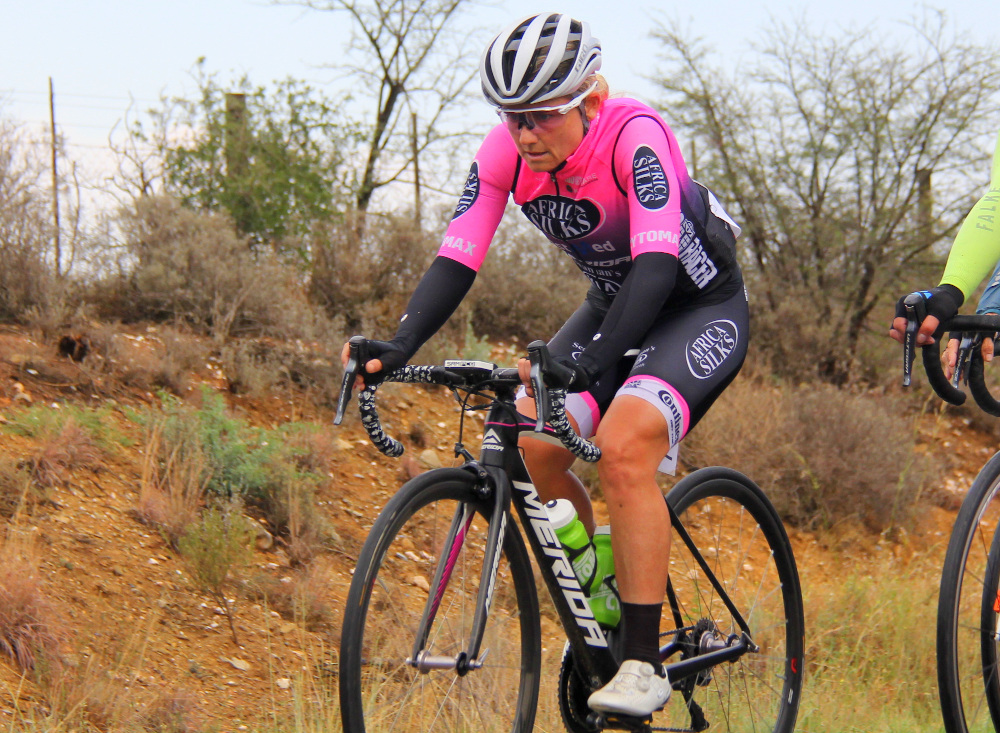 Besides being a prime competitor with 18 titles under her belt, Port Elizabeth star Anriette Schoeman is revelling in her role as ambassador of the long-running Lorraine Cycle Tour.

The 20th edition of what has become a PE institution will be held at Lorraine Primary School on Saturday and the 42-year-old Schoeman is ready to take her place among the podium contenders.

However, she admitted this week that she was suffering from “a bit of a cold”, but was hoping it would not affect her performance.

“I am always keen for this race,” said Schoeman, “although I am not sure if I will be firing on all pistons. I’m hoping to shake this cold off before Saturday.”

Sponsored by African Bank, Mecer and Strada, the tour has a feature race of 80km and also offers distances of 50km and 30km.

Schoeman’s entry into the main race, however, is just one aspect of the occasion as the seven-time Cape Town Cycle Tour winner has become the face of the PE event.

Her role as race ambassador continues a long-standing connection with the tour and Lorraine Primary School, who have a strong cycling ethos in their development programme.

“I really do respect what this tour brings to Port Elizabeth because it always connects with projects via the school and gives back to the community,” she said.

“Although I never went there, Lorraine Primary is very close to my heart.

“I try to assist the children wherever I can, whether it be giving them some advice or assisting with equipment and cycling kit.”

Schoeman added that providing opportunities for young enthusiasts to take part in the sport was an uplifting experience.

“Some don’t have the means to buy the best equipment, but when you give them a chance to experience cycling and see how their faces light up you realise what it means to them.

“It helps from a holistic point of view, because it’s a wonderful outlet for them. Even if they don’t become world champions it promotes a healthy and active lifestyle.”

She felt it was all about planting the seed at an early age because often young children didn’t know what their life path would be.

“But if they can achieve something by being exposed to the sport, for example a university bursary, then it is mission accomplished.”

The defending champion said the cycle tour was a celebration of the sport in the city.

“It is a really nice day and a festival of fun, not only for the riders, but also for supporters and spectators.

“The race is well organised and there is a great vibe and amazing lucky-draw prizes, so it’s always a good one to support.”

Tour director Alex Cooper said they appreciated the support they had received from the former Olympian, who has also attended three Commonwealth Games.

“As a top professional, Anriette has never left Port Elizabeth, even though she faced some tough challenges in competing at the highest level,” he said.

“She has been a real ambassador for us, as well as PE, and is an icon to many in the cycling fraternity of the region.”

There will also be a fun walk, expected to attract around 500 people.