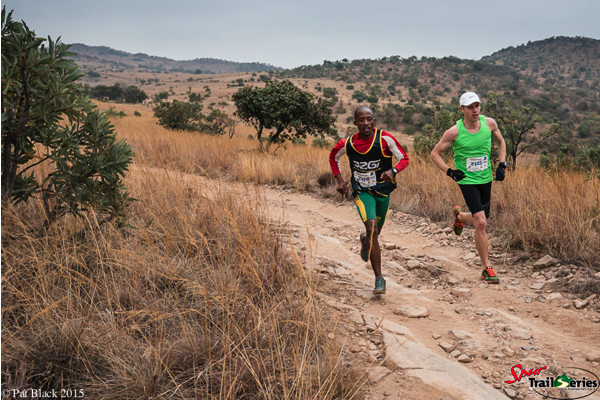 Race 3 of the Spur Gauteng Winter Trail Series™ took place at Segwati Game Ranch on a cool and crisp Highveld morning as nearly 1,000 runners finished the penultimate race of the Series.

In the long course 10.5km Championship race, Edwin Sesipi stamped his authority on the Series and claimed his third win out of three to seal his position as king of the Spur Gauteng Winter Trail Series™ for 2015. There was a change of order in the ladies race as young Robyn Claire Kaltenbrunn grabbed her first win of the Series ahead of race 1 and 2 winner, Lerentia Strydom.

Ryan Mathaba used his experience to take the outright win for the first time this Series in the short course Challenge 5.5km course as he came home in a time of 22:10 while Adel Terblance yet again proved to be the strongest female out on course as she sprinted home in 25:02.

It was another great day on the trails and we look forward to what promises to be an epic Series finale at Leeuwenkloof, a brand new venue for the Spur Trail Series™.

A big thanks to our sponsors, Spur Restaurant, BOS Ice Tea, Protea Hotels and Graham Beck.