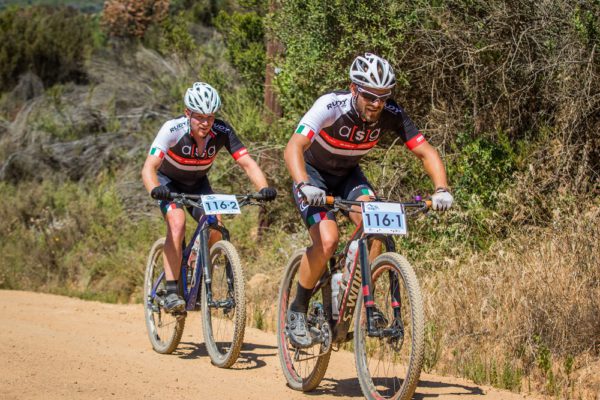 After a lengthy association with Hanco Kachelhoffer, mountain biking professional Pieter Seyffert will reveal a new partnership when he and Travis Walker tackle the seven-day TransCape mountain bike race from Sunday.

In his first appearance at the TransCape, the 30-year-old said he was looking forward to teaming up with Walker under the Ellsworth-ASG banner for the 690km journey between Knysna and Franschhoek in the Western Cape.

Seyffert said he and Walker – who recently returned to South Africa after racing in Italy – had both been looking for team-mates after his long-time partner Hanco Kachelhoffer retired following their victory in the Sanlam MTB Invitational in November last year.

“This is a new combination and we have never raced together,” said Seyffert, who hails from Helderkruin on the West Rand.

“In fact, I don’t think I have even raced against him.

“Travis is from a cross country background and I come from a road cycling background, so it will be interesting to see how we pair up. The TransCape will provide a good guideline for us.”

Seyffert said he had spent the last two years focusing on improving his technical skills and added he was confident he had made a successful transition to mountain biking.

Although he will be new to the TransCape, which is presented by ASG Events, Seyffert said he was familiar with the terrain, having ridden in most of the areas the route will cover.

“There is a real buzz and sense of expectancy in the mountain biking community around TransCape.

“Because of the exceptional organisation and the special trails many riders expect the event to surpass the current offerings on the mountain bike stage race scene in South Africa.

“So, of course, I can’t wait to experience it.”

He added that their goal was to “definitely go for the overall win”, but that they would take things one day at a time.

“As with any stage race your equipment has to be reliable and if you don’t get a puncture and don’t break anything, you have had a good tour,” he said.

“We will try to play it fairly safe early on and assess the opposition in the first couple of stages to see if we can find any weaknesses. Then you can try to put them under some sort of pressure, for example on climbs or descents.

“We will not look too far ahead. We will finish day one before we look at day two.”

Seyffert said he and Walker – a 25-year-old from Hilton in KwaZulu-Natal – had done a lot of base training and were in good condition.

“We have also done some intervals, although those sessions have not been too intense at this stage.”

Looking back on last year, Seyffert said one of the highlights was winning the Magalies Monster in Rustenburg in May.

He also fondly recalled his last few rides with Kachelhoffer.

“It was great to finish off in a few races with Hanco, who is a good friend of mine. Our very last race was the Sanlam MTB Invitational near Paarl, which we won, so that was very special.”