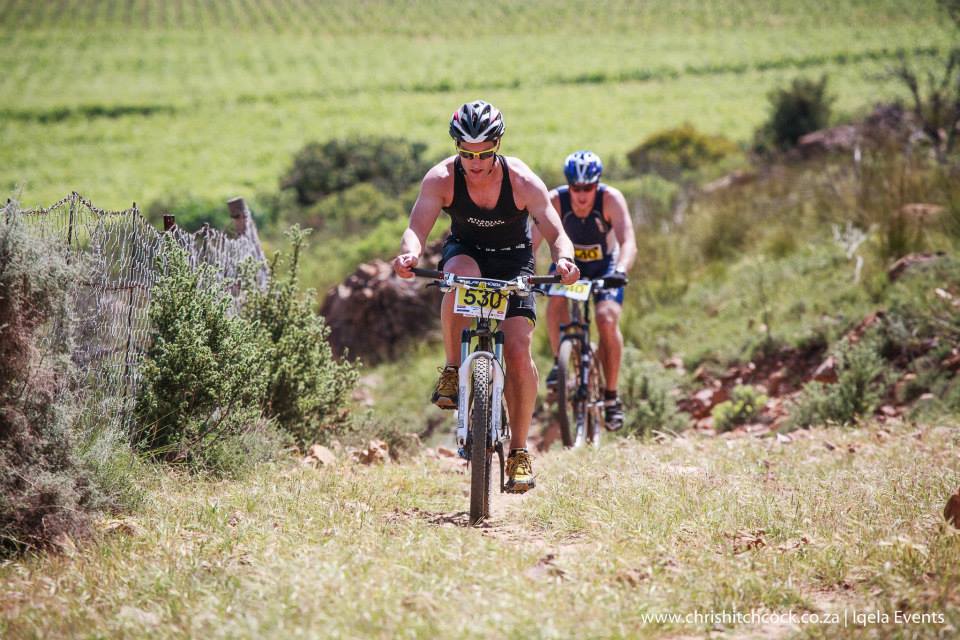 Participating in the Slanghoek mountain bike triathlon is the best introduction to off-road triathlon.

The 5th annual Slanghoek Triathlon is held in the Slanghoek Valley outside Rawsonville. The event will be held over two days. All the action start and finish at the Breeland Wine Cellar. On Saturday 25 October the Slanghoek MTB Triathlon will be held and the Road Triathlon on Sunday 26 October. It is important to note that both off-road and road triathlons last leg will be a trail run. Both races will have a long and a short course option. And seeing that the two races are on different days you can even enter both the mountain bike and road races.

According to race organizer Pieter du Plessis from Iqela Events, the Slanghoek MTB Triathlon is a great introduction to off-road triathlon. “The routes are not very technical which make it great for all newcomers to off-road triathlon and mountain biking in general. It is still a challenge though for the more experienced participants. The diverse routes and distances create an event for athletes of all levels,” said Du Plessis.

Like all other multisport events in South Africa the Slanghoek Tri has also been growing over the years since it started. It has also been growing in getting the support of various sponsors coming on board during the years including KTM, First Ascent, Sportsmans Warehouse, GU, Brooks and Xterra Wetsuits. Local Breedekloof Wine Valley and Breeland Kelder have also given their support for the growth of the sport.