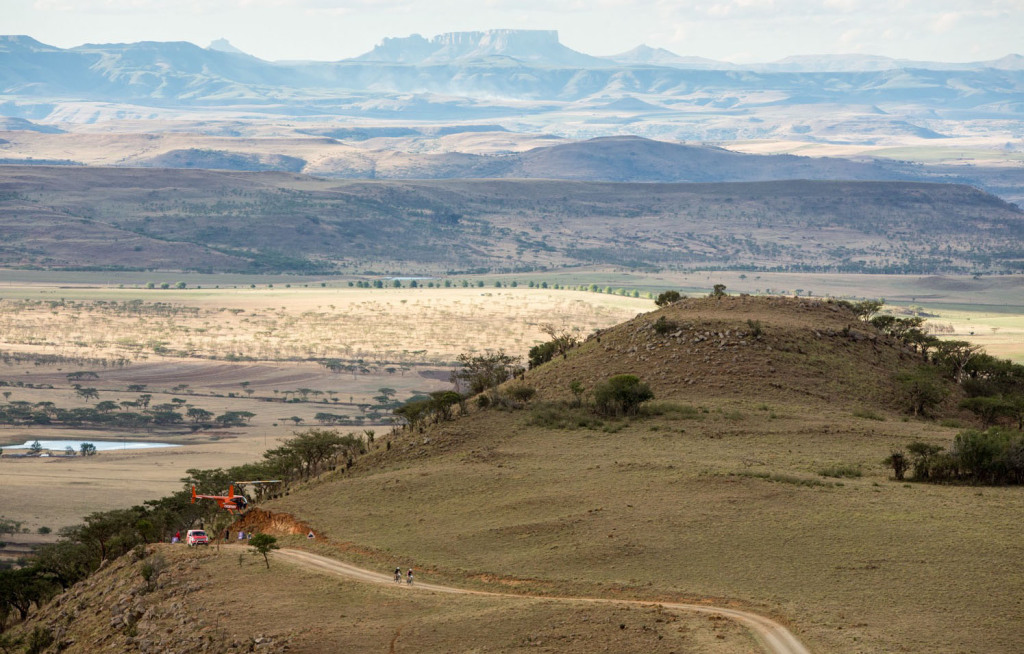 Participants in this year’s FedGroup Berg & Bush two-day race took on a “race within a race” during the Subaru Battle of Spioenkop in the Central Drakensberg on October 18. Photo: Nik Muzik

Spioenkop was the site of a skirmish of a different sort as mountain bikers vied for victory in the inaugural Subaru Battle of Spioenkop during the FedGroup Berg & Bush stage race in the Central Drakensberg earlier this month.

A few hardy souls in the two-day event soldiered their way up the 1.44km climb as they took on the optional “race within a race” after the opening stage.

The daunting hilltop climb is one of the event’s most iconic route features and riders are traditionally treated to a historical sundowner tour of the Anglo-Boer War battlefield by local raconteur Simon Blackburn once the day’s racing is over.

According to race organiser Gary Green, the ascent provided the perfect opportunity to create some Tour de France-style excitement for spectators before the sundowner tour.

“This route comprises 500m of paved road with 14 speed bumps, then 500m of dirt and a further 500m of tar to finish. So it’s interesting and novel because it also gave the roadies a chance to shine in a mountain bike race.”

The altitude took its toll as riders started at an elevation of 919m and finished at around 1 048m above sea level.

With the gradient measuring almost 20 per cent in places, the ascent tested even the most battle-hardened riders to the limits as they vied for their share of the R20 000 prize purse.

In the end, the victor’s spoils went to Inter-Active Technologies’ Peter-Lee Jefferies in a time of 4:58. His teammate Clinton Janneke finished just six seconds behind him to claim the runner-up spot, with Nicholas van der Walt third in 5:15.

“Peter-Lee told me he had ridden professionally overseas and he had never seen a crowd response like that before,” said Green.

In the women’s challenge, the honours went to Tracey Want, who clocked in at 8:08. Lisa Bontekoning finished a distant second in 8:39, while world veteran mountain bike champion Brenda Potts rounded out the podium in 8:51.

Green said the inaugural mini-race had been an instant hit with the riders and spectators alike.

“It was the highlight of the day, extremely exciting and will definitely be on the calendar for next year, weather permitting.”

Andrew Hill and Tyronne White of TIB-Thule won the three-day Descent, which is the main feature race for which the event is known.