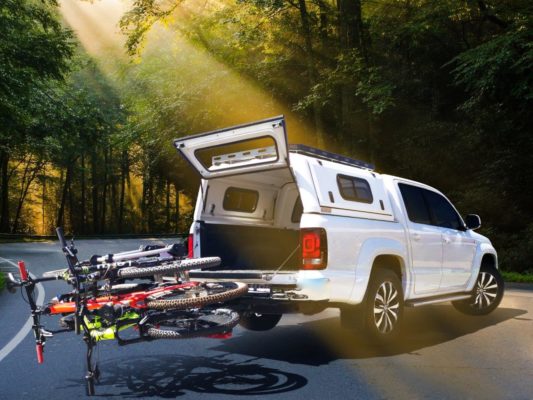 Growing consumer demand for the Westfalia three-bike rack has seen Positive Sports Solutions make the product available from the beginning of this month.

The South African cycling distribution company has negotiated a number of contracts over the past year to bring various premium brands to the market in the Southern Africa Development Community.

Among these are the highly rated Westfalia bike racks, the components of which are imported from Germany and manufactured locally.

After initially offering the two-bike rack to the southern African market, Positive Sports Solutions has gone a step further to satisfy a growing call for the slightly bigger three-bike option.

David Pieterse, the company’s product and technical manager, said they had received “loads of requests” from cycling enthusiasts for the next option.

“There is far more interest in the three-bike rack compared to the two-bike one,” he said.

“I think you find, as a cost factor, many people club together to attend races nowadays, so it’s obviously better to transport as many bikes as you can.

“In addition, if you go somewhere with your family or friends, the three-bike option makes it ideal to travel together.”

The good news for those who want to transport equipment is that the three-bike rack is almost identical to its smaller cousin and operates in the same way as the two-bike rack.

“People will have no difficulty adapting to the three-bike product because there is little difference, besides, naturally, being slightly bigger,” said Pieterse.

“It complies with all the necessary legislation and has been tested in exactly the same as the two-bike rack.

“All the racks have been TUV-tested and the three-bike rack is as stable as any other.”

Being TUV-tested means the product has been examined to international standards and has satisfied all the requirements. Translated into English, TUV stands for Technical Inspection Association.

He added that the locking system was the same for the bigger rack and that it could carry mountain bikes, road bikes and E-bikes.

Despite the growing popularity of the three-bike option, Pieterse said there was still a market for the smaller rack.

“It is largely due to the success of the two-bike option in our target market that people are now looking to expand their transportation options,” he added.

“The three-bike racks are available at all cycling stores or you can purchase them through our website [www.positivesportssolutions.co.za] at the same price as in the retail shops.”