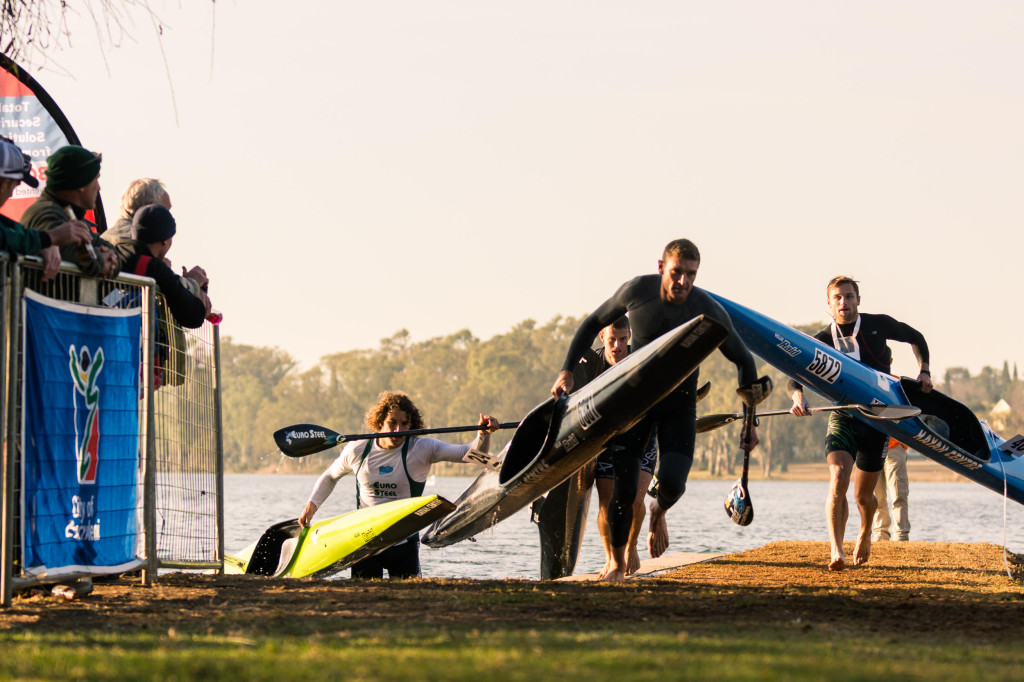 Following a frantic men’s K2 race at the recent SA Marathon Championships, Hank McGregor and Jasper Mocké along with Andy Birkett and Greg Louw will be the men’s contingent in the K2 race at the ICF Canoe Marathon World Championships in Oklahoma City from 24-28 September. – Terence Vrugtman/
Gameplan Media

Oklahoma City – A number of World Champions lead a strong South African force to the 2014 ICF Canoe Marathon World Championships in Oklahoma City, USA with the team hoping to return to the Rainbow Nation with a substantial haul of medals in both the ICF Canoe Marathon Masters World Cup and the elite Worlds which take place between 24-27 September.

The team is spear-headed by three-time World Champ Hank McGregor who will be racing in both the senior men’s K1 and K2 disciplines. He will pair up with surfski world-beater Jasper Mocké in a K2 and Mocké will also join him in the K1 race after he qualified as the second fastest at the South African Marathon Champs in Johannesburg earlier this year.

The duo will be joined by Under-23 K1 Marathon World Champion Andy Birkett and Greg Louw in the K2 event with the two qualifying after the van der Walt brothers, Grant and Brandon, withdrew from the K2 event due to the unavailability of former Junior and Under-23 World Champion Grant.

Having two World Champions amongst South Africa’s senior men’s K2s will stand the local contingent in good stead as they take on the international field that includes a number of strong Spanish and Czech K2 crews.

In the senior women’s races the South African team consists of Olympic bronze medallist Bridgette Hartley in the K1 race along with Nikki Russell. The K2 event sees river marathon star Abby Adie team up with Laura O’Donoghue while the young pair of Jenna Ward and Hayley Arthur combine for the same race.

Having opted to compete in the senior men’s K2 clash at the South African trials, 2013 Under-23 K1 silver medallist Brandon van der Walt will only be racing in the Under-23 K1 event and will be hoping to go one better than he did in 2013 when he was narrowly pipped to the post by Birkett. He is joined by good friend and in-form Western Cape paddler Stuart Maclaren in the Under-23 men’s K1 contest.

Ward and Brittany Petersen will fly the nation’s flag in theUnder-23 women’s K1 event with Ward while a strong a strong KwaZulu-Natal flavour continues into the junior boys section of the team with Louis Hattingh and Bryan Leroux providing the South African Under-18 boys’ K1 threats. The pair are joined by young Jean van der Westhuyzen and Stuart Bristow in the Under-18 boys’ K2 race.

The junior girls’ challenge is made up by Julia Trodd and Martine Beukes who will both be taking part in the K1 events at the World Championships while the junior girls’ K2 was disappointingly unavailable to head to the World Champs due to a crammed schedule of half the boat’s crew who already participated in the Youth Olympics earlier in the year.

A 13 paddler strong Masters contingent will also be taking part in veterans and masters age categories of the Masters World Cup in the few leading up to the elite World Champs and with a number of former winners in its ranks, the team hopes to bring home the majority of the medals on offer in Oklahoma City. 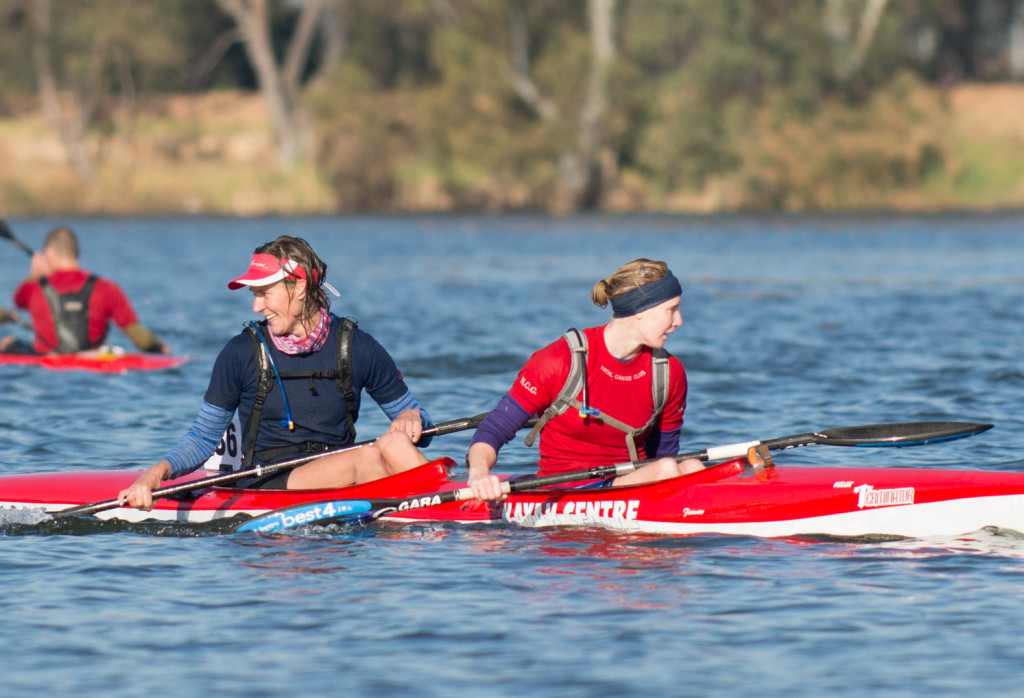 River marathon ace Abby Adie will team up with Laura O’Donoghue in the senior women’s K2 race along with Under-23 star Jenna Ward and Hayley Arthur at the upcoming ICF Canoe Marathon World Championships in Oklahoma City from 24-28 September. – Terence Vrugtman/
Gameplan Media