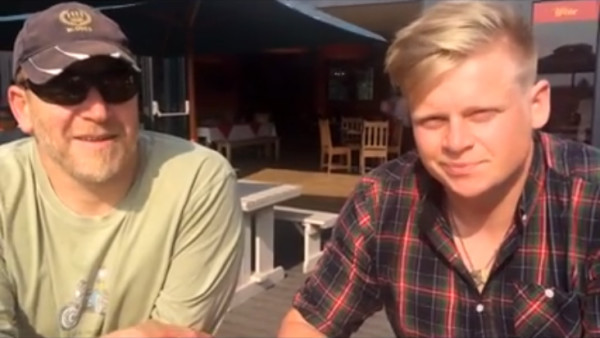 Two extreme athletes are set to swim 280km down the Western Cape’s Berg River in the second stage of a campaign to help raise awareness of SA’s deteriorating waterways.

Andrew Chin, 46 and Henko Roukema, 24, will start their epic journey in Speedo costumes, caps and goggles near the town of Franschhoek on Monday, 19 October. They aim to cover 280km in about 10 days, ending near the coastal town of Velddrif. They will be accompanied by a small support crew and will sleep on the river bank.

Renowned “ice” and adventure swimmers, Chin and Roukema are partnering with the Wildlife and Environment Society of South Africa (WESSA) to help monitor the water quality at regular intervals. The Berg River is part of the Western Cape Water Supply System which provides water to a large part of Western Cape residents.

“It is a national concern that some rivers are being polluted due to failing waste water treatment works or polluted urban drainage. Our partnership with WESSA and our regular water quality testing may contribute to a more accurate picture of the state of our rivers and hopefully prompt action where needed,” said Chin.

The swimmers will attempt to avoid hazards such as submerged rocks and branches which resulted in injury in the first swim down the Wilge River earlier this year (read more here). They also face exhaustion, sunburn and pollution from urban storm water.

Chin is planning an extreme swim in a major river in each province as part of the Rivers for Life campaign. The public can donate to the campaign via the WESSA website.