Tackle the Salomon Skyrun for a cause 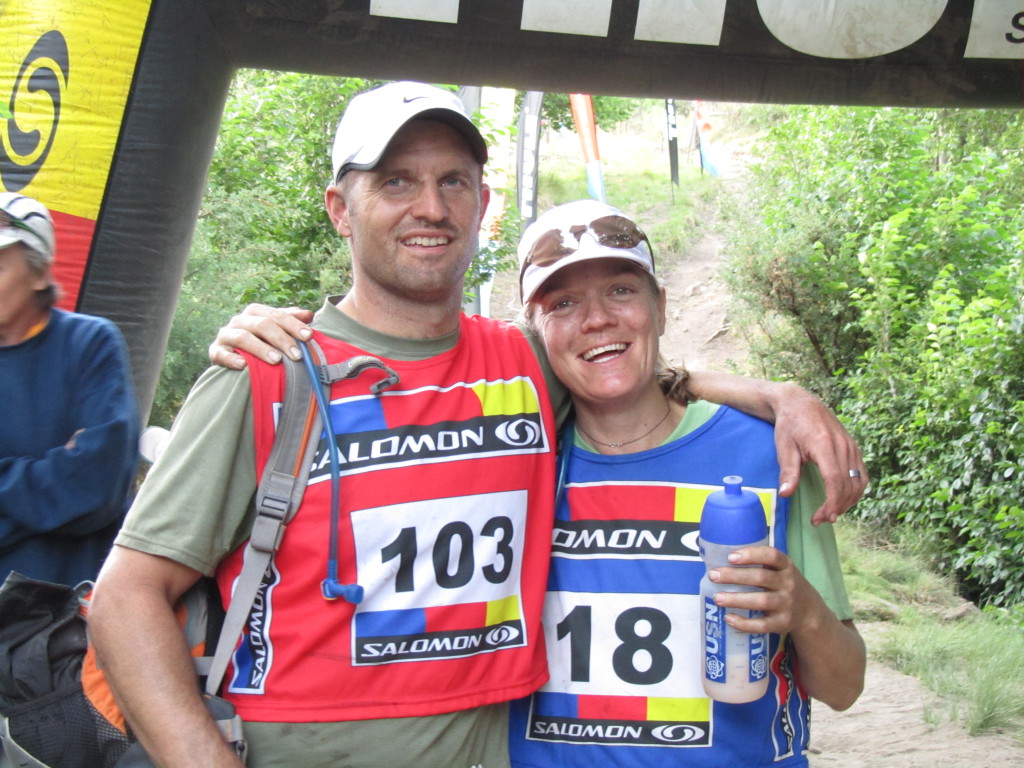 Pure Adventures, the organisers of the Salomon Skyrun, have partnered up with the Fight Lettie Fund and have allocated 30 slots of the 2014 Skyrun to kickstart the fund. “This is an amazingly generous gesture and will begin a journey that I hope will reach and change as many lives as Nikki’s did,” says Zoog.

In the image is Nikki “Lettie” Haynes and her husband Zoog at the finish of Salamon Skyrun Lite, 2011.  Two months after this photo was taken a lump was discovered in her right breast.

Nikki passed away in early July of this year, but her fight against cancer will never be forgotten. Zoog and friends have set up a registered NPO called the Lettie Fight Fund and through it we will attempt to continue to have the impact that Nikki had while she was still here, reaching out to those fighting this disease and supporting their efforts. “We were really just recipients of the most incredible generosity from our family, friends and network,” explains Zoog. “We didn’t ever really head into this battle looking to raise funds or awareness – that just seemed to be a byproduct of Nikki’s amazing life and people donating to that legacy. We were very fortunate to have a decent medical aid but even that would prove to be insufficient,” he says.

The Lettie Fight Fund really gained momentum through the efforts of Danica Bartho who was the first lady ever to paddle from Richards Bay to Durban, an event she dedicated to Nikki (Lettie) and called the ‘Lettie Paddle’. “She managed to raise over R120 000 and that really kick started things for the creation of a fund,” says Zoog.

The fund will look to support families that face off against this disease today and in the future. “Medical Aids are fantastic but as mentioned not sufficient. When your oncology benefit is finished, the main member becomes liable for a 20% co-payment of all oncology related treatment. The cancer drugs alone are ridiculously expensive, you could easily spend R75k-R90k per month on the drugs alone and that excludes the professional fees, scans, blood tests and the likes. 20% of that equates to one serious whack of cash per month,” Zoog says.

“The fact that we had ‘money in the bank’ to afford those co-payments allowed me to get in the trench with Nikki, love her and fight cancer with her.”

It’s this ‘money in the bank’ philosophy that the Lettie Fight Fund will be based on. “It was that ability to focus primarily and exclusively on Nikki during her fight that allowed me to stay grounded, supportive and strong for her through the fight. I didn’t have to once worry about whether or not I would be able to continue treatment when the funds ran dry or how I was going to afford the extraordinary costs of cancer treatment. Nikki lost her fight against cancer, but I was able to love her and fight with her every step of the way.”

Pure Adventures, the organisers of the Salomon Skyrun, have partnered up with the Fight Lettie Fund and have allocated 30 slots of the 2014 Skyrun to kickstart the fund. “This is an amazingly generous gesture and will begin a journey that I hope will reach and change as many lives as Nikki’s did,” says Zoog.

Payment: Use your name as a reference

The Salomon Skyrun is a high-altitude endurance run over an unmarked 100-odd kilometre route through the highlands of the north-Eastern Cape. It sees athletes traverse the remote Herschel / Lesotho border fence from Lady Grey to the finish at Wartrail Country Club. Runners need to be entirely self-sufficient and navigate by map, compass and GPS unit. Most take over 27 hours to complete the race.