Tinman remains popular after changing to a duathlon 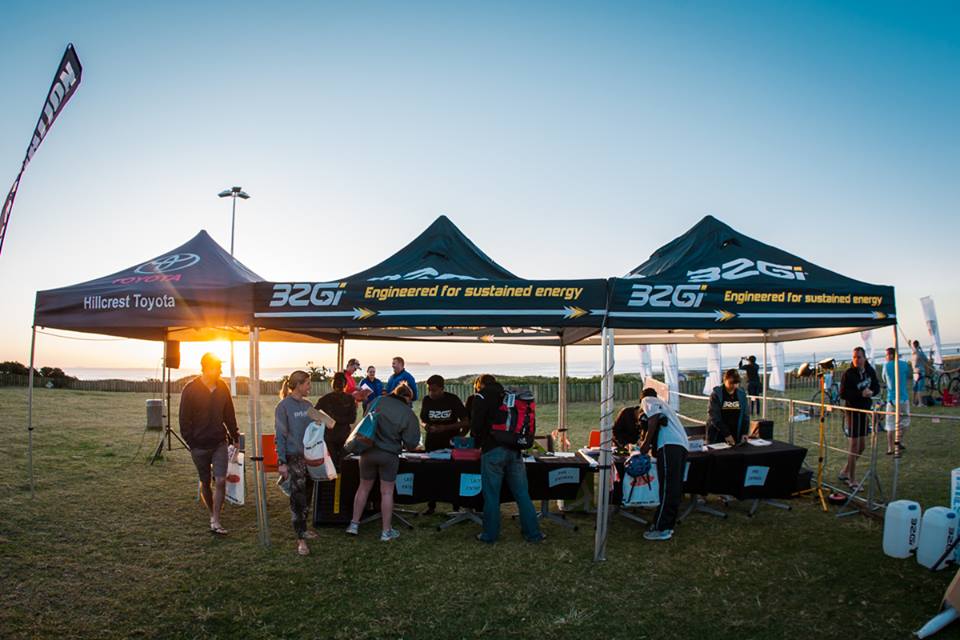 Registration at the Tinman Triathlon, race2.

After racing 5150 Bela Bela the weekend before the 2nd Tinman race, I was very eager to race back at home, at sea level where I can breathe comfortably and where it’s pretty – Durban!
The 1st event in the newly launched Tinman triathlon series was in my opinion a major success – it was like hooking up with all the regular Durbanites with whom we ride with regularly and this was a nice platform to actually test each other and race hard. The racing was hard indeed and lots of fun was had. After the 1st event I was certain it will attract some of the Joburg boys in the following events, all regular visitors to the very successful and tuffest (in my opinion) 70.3 race in South Africa: the Midlands Ultra, also hosted by BActive sports.The week leading up to the 2nd Tinman race was marred by regular tweets and facebook debates over the terrible weather that was expected for race day and the possibility of the race turning into a Duathlon, should the bad weather bring about hectic sea conditions. Due to the managable distances of Tinman, offering a mini tri, sprint tri and the longer challenge tri, a lot of 1st timers enter the race since it is very safe with road closures on the bike and perfect running conditions on the Durban promenade. I was actually hoping that if the sea conditions is be bad, the race would be converted to a duathlon. Reason being, although I’m a strong swimmer, there is nothing worse for a not very confident swimmer to arrive at a race with tuff sea conditions and then don’t manage to finish the swim! That is a big blow to the self confidence of any first timer or newbie to triathlon!On the Friday evening the crew of BActive sent out some communication stating that due to the bad weather the shark nets have been removed and the race will be a duathlon – with the Sprint tri’s 600m swim changed to a 5km run upfront with a 2,5km run at the end and the challenge triathlon’s 1km swim changed to a 10km run upfront with a 5km run at the end. This was a great call as I’m not a fan of swimming with sharks and on race morning the weather gods did turn the sea on its head with strong gusts of wind causing some havoc out at sea.Although the format changed, eagerness to race and the general excitement between everyone I know that races Tinman were still there and race morning was abuzz with the regular nerves and friendly banter. As we lined up to start the run I noted some of the fast JHB boys did indeed arrive and oh boy, did they bring the pain. The start of the race was brutal, I started off with the lead pack of guys including the missile from Durban, Mike Cannon and the JHB pro’s Rudolf Naude and Jonny De Dominicus (who both performed exceptionally well at Bela Bela the weekend before). After going through 5km in 17minutes in tuff conditions with a very strong wind I decided to back off a bit. The bike was always going to be difficult and I knew I will struggle to hang on to the lead pack if I continue running at that pace. I managed to find myself on my own for the remaining 5km and finished the 10km trot in 36mins and some change. Dpeaking to the winners afterwards, I was told that the lead pack ran around 34 mins,  so the pace was on.After the run I was very happy to see my coach, Durban legend and uber biker, Donovan van Gelder behind me. This being a draft legal race, I was confident that I would hang onto his wheel for a few laps of the 30km bike and gain on the lead group. I was very wrong, the uber biker didn’t make it any easier for for myself and Darryn Purtell (my regular bike riding partner in Durban) to hang on. He made us work into the wind, only to drop us terribly on the 2nd lap and with a remaining 4 laps (20km) to go we were on our own. Chasing the JHB pro’s, the Durban missile, Mike Cannon and Uber biker himself Donovan van Gelder was in itself a terrible thought. Both me and Darryl are not the strongest bikers but worked well together in the drafting format and kept the margin on the leaders and pulled away from anyone behind us. We came into T2 to far behind to chase the lead and too far ahead from the chasers to make any difference on the run. I managed to pull away from Darryn on the run to claim 5th spot behind Ruan Naude, Jonny, Mike Cannon & Donovan van Gelder. 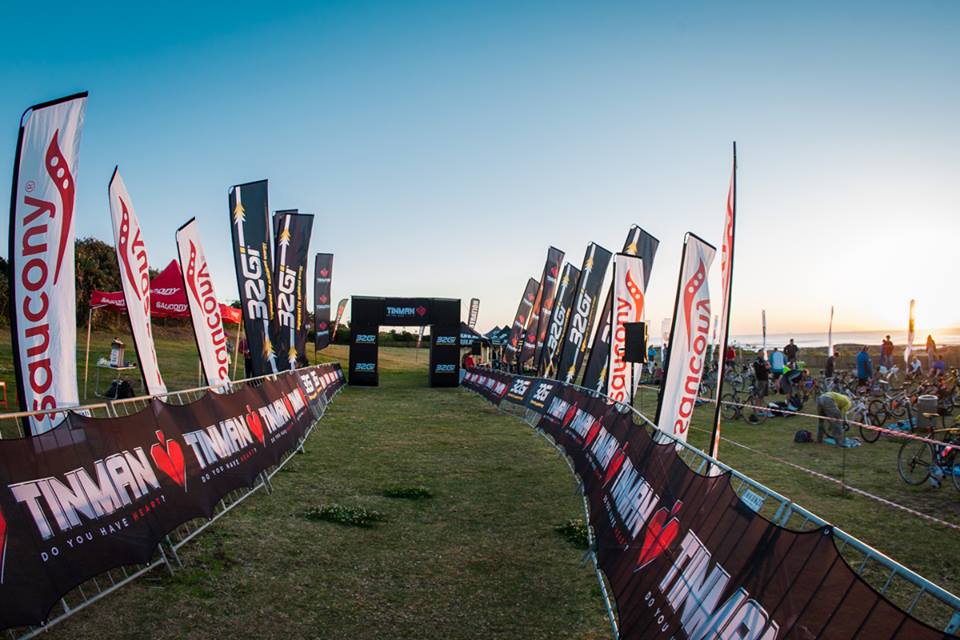 The team from BActive also introduced a point scoring system, whereby your result from each race attributes to some points and at the end of the 3 race series your points are added and the winners of the various age categories announced as series winners. I was very happy to see that I lead age group 30-34 age category by a healthy margin and hope to claim the victory after race 3 later on in September.My wife raced the Sprint Race and claimed 3rd position overall and was up for a prize. She received a very nice 32GI hamper worth probably around R600 to R800. Seeing that my wife was due a prize we waited around and I was very impressed to see the quality of prizes for the top 3 spots in all the race distances, being the mini, sprint and challenge. After prize giving for the race winners there was a lucky draw where 5 people won prizes ranging from Thule Bags, to TomTom watches worth R4500 and Saucony Running shoe vouchers. This was very generous and an excellent effort from the BActive Team and its main sponsors, 32GI and Thule.This race has the potential to become very popular and is an excellent motivator to keep fit during winter as this is the first triathlons of the season across South Africa. I urge everyone to pull in and race – you will be welcomed by the hospitality of the BActive Team and enjoy a safe race! 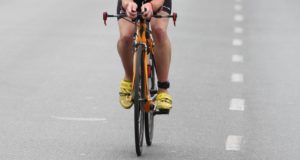 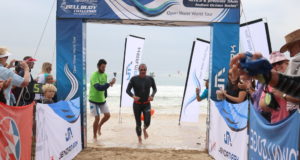 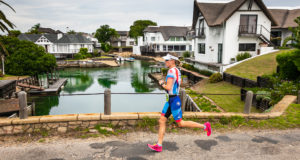