Top riders ready to blast through bushveld at Berg & Bush 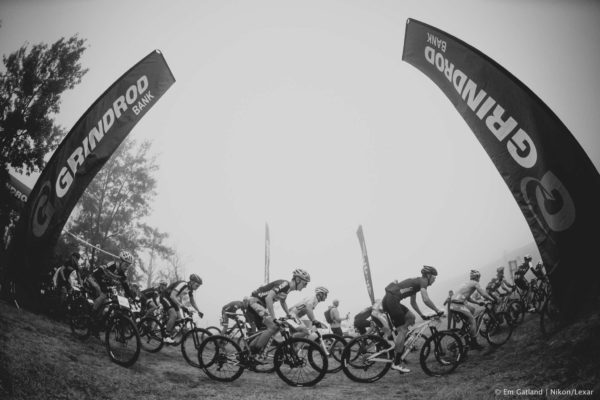 The Grindrod Bank Berg & Bush Descent starts this Friday at Sterkfontein Dam, with three days of exhilarating riding on the cards.

The who’s who of local mountain biking will be on the scene for the weekend’s racing, aiming to get their hands on the R40 000 prize money for overall first place as well as the R20 000 that’s up for grabs in the Volvo Spionkop Summit.

Nico Bell and Gawie Combrinck (NAD Pro MTB) will be hoping to go one better than last year’s second-place finish, while Matthys Beukes and Philip Buys (PYGA Euro Steel 1) will be looking to carry on their excellent 2017 form.

Julian Jessop and Philimon Sebona (PYGA Euro Steel 2) will also be in attendance, no doubt aiming for a PYGA one-two in an area that his close to PYGA’s hometown of Pietermaritzburg. Sebona, who has spent part of the year training in Belgium, is particularly looking forward to the racing.

“I’m excited for this one because it’s my first big stage race with Team PYGA Euro Steel as well as racing with my new partner, Julian Jessop,” he says. “From everything that I know about Berg & Bush, I’m expecting to have a lot of fun because of the trails and the spectacular scenery, but I also know the racing will be challenging.”

In the ladies race, defending champions Candice Lill and Vera Adrian (Dormakaba) will face their biggest challenge in the shape of Samantha Sanders and Amy McDougall (Valencia Ladies).

Both teams have been racing well this year, with Lill and Adrian getting the better of McDougall and Sanders in their most recent match up (at the Three Towers event held in late September).

One half of last year’s winning ladies team, Vera Adrian, is ready to defend the title, even though she’s coming into the race off her European road racing season. “I only came back from Europe two weeks ago, my motivation is high to defend our title, but where my form is, we will see on Friday. The first day will be key, it has lots of descent and it is a tactical race for us women. It is important to get into a good group on the open roads.”

After participating in the event with her father last year, McDougall is looking forward to the challenge of racing hard in the bushveld.

“Sam and I are in a great place at the moment,” says McDougall. “We’re both fit and riding well together. At Three Towers we felt in command, only to be derailed by a mechanical which ultimately cost us the win. We will definitely push hard and go for the win. But with racing, we’ll just have to wait and see. There are tactics, but it all comes down to how everything pans out on the day.”

After the weekend’s racing, McDougall will stay on to ride in the Berg & Bush Great Trek – again with her father. “It’s great; I love racing, but it’s also nice to stop and take pictures at what is a very special event!”

Something special at the Berg & Bush Descent that other events don’t offer is a 2km sprint worth R20 000.

The Volvo Spionkop Summit, now in it’s third year, takes place in the evening after the second day’s racing. Riders make their way to the base of Spionkop then, in a flurry of spinning pedals and heavy breathing, charge to the top of the famous KwaZulu-Natal battle site.

Watched by the bulk of the Descent’s field, the frenetic racing of the Volvo Spionkop Summit is the closest thing South African cycling fans have to a thrill-a-second race-viewing experience more commonly seen at top international road cycling events.

“The Volvo Spionkop Summit has really added a spark to the Berg & Bush Descent’s weekend,” says race organiser Gary Green. “Last year we had terrific scenes on Spionkop as they main race contenders diced to the top. I think it creates an excellent spectator experience for cycling fans, but also rewards these elite riders for the amount of effort they put in to race week in and week out. We are thrilled to have the top guys and ladies here for the Descent, and look forward to them thrilling us with some great racing.”