Torpedo SwimRun Val de Vie set to be a cracker 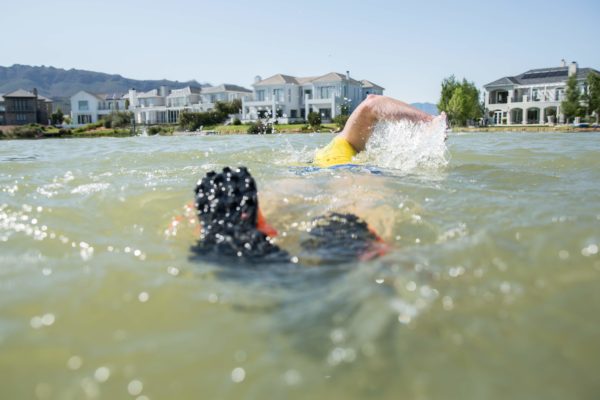 Torpedo SwimRun Val de Vie will be happening on 3 February 2019 on the well-known Franschhoek lifestyle estate, and is attracting  competitive athletes and beginner swimrunners who want to try out the sport.

Swimrun is a relatively new sport that originated in Sweden, and offers off-road and open-water adventure along coastal and inland waterways, with routes designed around the natural environment and with distances varying from race to race. The Torpedo SwimRun Series now comprises three events, with the other two being Torpedo SwimRun Cape (on the Atlantic coastline) and Torpedo SwimRun Wild (in the Wilderness area on the Garden Route).

Richard McMartin, co-founder of Torpedo SwimRun, said: “We are excited to see so many newcomers joining SwimRun. This race is much more accessible to new participants and is a solo event rather than a paired one. The swimming is in dams with the longest swim being 400m, and it is not as technical as Cape and Wild. We are also able to cater for a larger number of athletes. The longest run is 3km. With 2kms of swimming in total, and 8km of total running, the whole race is 10km.”

Tight competition in the front

Matt Trautman, who will be defending his Ironman 70.3 South Africa title this Sunday, will be joining the team from Red Bull at Torpedo SwimRun Val de Vie. It will be Matt’s first introduction to Swimrun, so he is a wildcard among the returning Torpedo podium athletes. With five athletes from the 2018 Torpedo SwimRun Cape podium competing at Val de Vie, the racing will be flat-out.

Over the flat waters at Val de Vie, the pre-race men’s favourites are the speedsters Nick Quenet and Riaan Shaw. In the women’s race, the 2018 Cape champs, Alex Quenet and Vicky van de Merwe start as firm favorites, this time facing off against each other in this solo race.

Of the entries received so far for Torpedo SwimRun Val de Vie, 54% are women. A large proportion say they have never done swimrun before, but there are quite a few entrants who have done the Cape event, and a handful have done the Wild event. There is a mix of athletes – just less than a third are triathletes and a third say they are primarily runners while another third say they are swimmers.

Alexandra Quinet won the Cape event with her race partner Vicky van der Merwe last year, and has some great advice: “My first tip to a first-timer would be to do a few swims with your racing shoes on before race day – even if they are only short ones. The feeling is very weird and one that you can’t really get used to, but to know the feeling before starting the race, is going to be greatly beneficial.

She says that the swim segments are usually the parts people struggle with the most and says: “My second tip would be to ensure that you feel relatively confident in the water before race day – speed does not matter. If you can swim the race distance confidently before race day, you will be fine. Lastly, to run after a swim or vice versa also causes a very weird feeling in one’s legs and therefore I’d suggest once or twice after a swim to do a short run to just allow your legs the feeling. Other than that, I can only encourage you to go out and have fun on the day.”

Open water swimmers Ryan Stramrood and Mark de Klerk, who have completed both the Cape and Wild events, are looking forward to an “easier” swimrun. Stramrood says: “This one will be perfect for those who are fit but thought Cape and Wild were too intimidating to try. You will be able to really see what the sport is about: its fast, fun and a proper challenge.”

SwimRun is different in that athletes run in their wetsuits and swim in their running shoes – there are no transitions like you have in triathlon. For the Val de Vie event though, wetsuits will not be necessary.