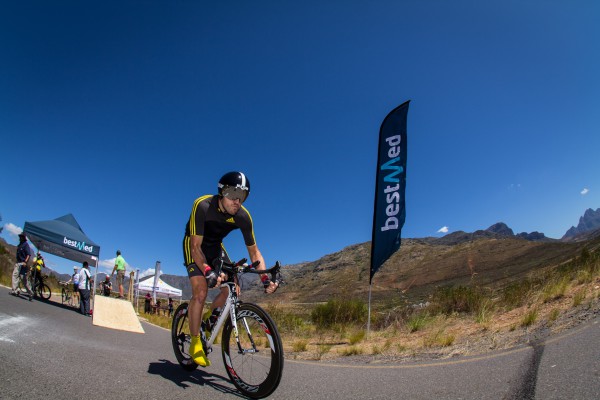 The five-day road tour, in partnership with Buffet Olives, will reward the best individual time-triallists on the 30km third stage between Ceres and Tulbagh on March 4.

According to event organiser Wynand de Villiers, the aim of the prize was to draw pubic attention to an often-underrated discipline within the sport.

“As organisers, we needed to show our appreciation for these talented specialists and to fuel some serious racing upfront among our tour contenders.”

“It will be one for the pursuit specialists. There are a few climbs but the wind can play a big part.

“With the prize money now up for grabs, I’ve got no doubt that the top contenders will go all out and we’ll see some of the finest time-trial equipment on display.”

The stage prize money is in addition to the cash and product prizes already on offer to category winners.

Positioned exactly in the middle of the tour, the time-trial would provide a welcome diversion from the long road stages before and after, said De Villiers.

He welcomed the support of the prize sponsor as “a wonderful addition to the tour”.

“Buffet Olives are also a Boland company, nestled in Paarl, where our race starts and finishes, so it’s a great way for them to support the well-being of the region.”

Cape Olive Products chief executive Richard Allen said the sponsorship was his company’s first foray into road racing, after hosting the Buffet Olives MTB Classic for the past eight years.

By supporting the Tour de Boland, we are helping to showcase the beautiful environment in which our product is grown and processed.”

Allen said most of the brand’s olives were grown on the company farm just outside Paarl, with the balance supplied by growers elsewhere in the Boland.

“We’re proud to be associated with a rapidly growing local event of this calibre, which is starting to attract national and international interest.”

Participants would be able to sample Buffet Olives at tasting stations along the route, he said.

“Table olives are a core ingredient in the Mediterranean diet and are high in antioxidant and anti-inflammatory nutrients. So they’re an ideal snack for participants to enjoy in the environment in which they are grown.”

The 465km Bestmed Tour de Boland, presented by Pinarello, starts in Paarl on Monday, March 2, and finishes at the Taal monument high above the town on Friday, March 6.