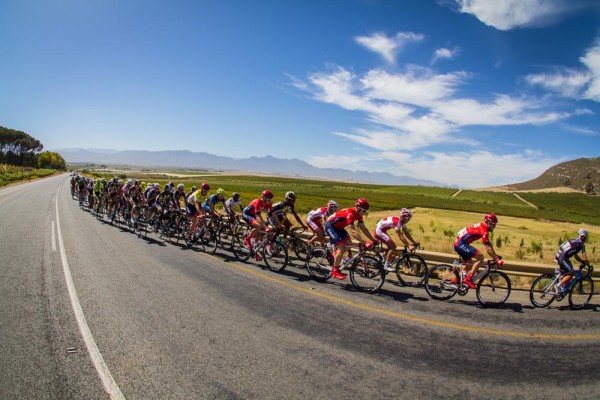 The 2016 Bestmed Tour of Good Hope, presented by Rudy Project, has been officially sanctioned by Cycling South Africa and is once again expected to draw a top pro field from February 9 to March 4. Photo: Warren Elsom/Capcha

The 2016 Bestmed Tour of Good Hope, presented by Rudy Project, is the biggest and only Western Cape road tour to be officially sanctioned by Cycling South Africa for next season.

The five-day tour, which starts in Paarl on February 29, will take a thousand riders on a 515km journey through the Cape Winelands, with racing categories for both professional and amateur teams.

Newly appointed tour director Hendrik Wagener said the CSA rubber stamp signified that all of the correct structures were in place and that all aspects of the tour, including safety, complied with national standards.

“All our plans are in place, and because it will be an official event on the CSA national calendar, their officials and commissaires will oversee the event.

Wagener said the event was ideally positioned as the only sanctioned tour ahead of the Cape Town Cycle Tour.

“It takes place shortly after SA road champs, so the competitive riders should be in good racing form, and it’s also excellent preparation for the Cape Town Cycle Tour, which happens two days after the Tour of Good Hope comes to an end.”

Wagener said the event was not just for road cyclists but for mountain bikers too.

“The Cape Epic starts three weeks later and it’s a great chance to come and ride this area and to get in some good endurance training with long days in the saddle.”

He said the cloverleaf racing format through the Paarl/Franschhoek valley made the event a logistical dream for participants.

“But it’s certainly not boring. Rest assured, there’s more than enough of a challenge and scenic riding at the Tour of Good Hope.”

Wagener said organisers had already lodged an application for UCI accreditation but were still waiting for an official response from the international body.

“In South Africa, we are short on UCI tours for our riders to earn Olympic qualifying points.

“Because it takes place in the European off-season, the Tour of Good Hope could also become an attractive proposition to international teams.”

The racing comprises four road stages plus a time-trial.