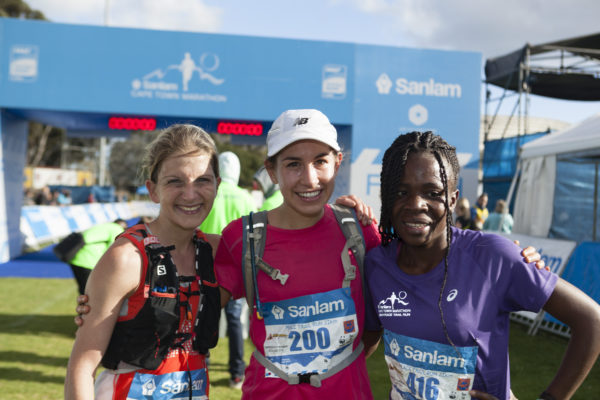 With the trail events held a day before the road running races, Sesipi stole the show as the first contest of the weekend festival to take the men’s title in 1:30:37. He finished 22sec clear of second-placed runner Gladwin Mudzinganyanga, with Bernard Rukadza taking third place in 1:31:05.

Laubscher outclassed the women’s field to secure victory in 1:47:49, and Olivier Kopp ended second in 1:49:53.

Roneldo January took second position in 00:53:46 and Innocent Nyawose was a further 5sec off the pace in third position.

The women’s 12km contest was won by Carolyn Plateau who covered the challenging route in 01:04:19.

“Trail running is one of the fastest rising disciplines in athletics, and the popularity of the sport has been evident by the interest shown in today’s races,” said Sanlam Cape Town Marathon ambassador Elana Meyer. “Congratulations to all the athletes who took part today, and well done to everyone who was able to reach the finish.”

To find out more, go to www.sanlamcapetownmarathon.com

Africa is my home.

This is our race – It’s Cape Town. Must run it!