Tshwane Classic – The city is ready 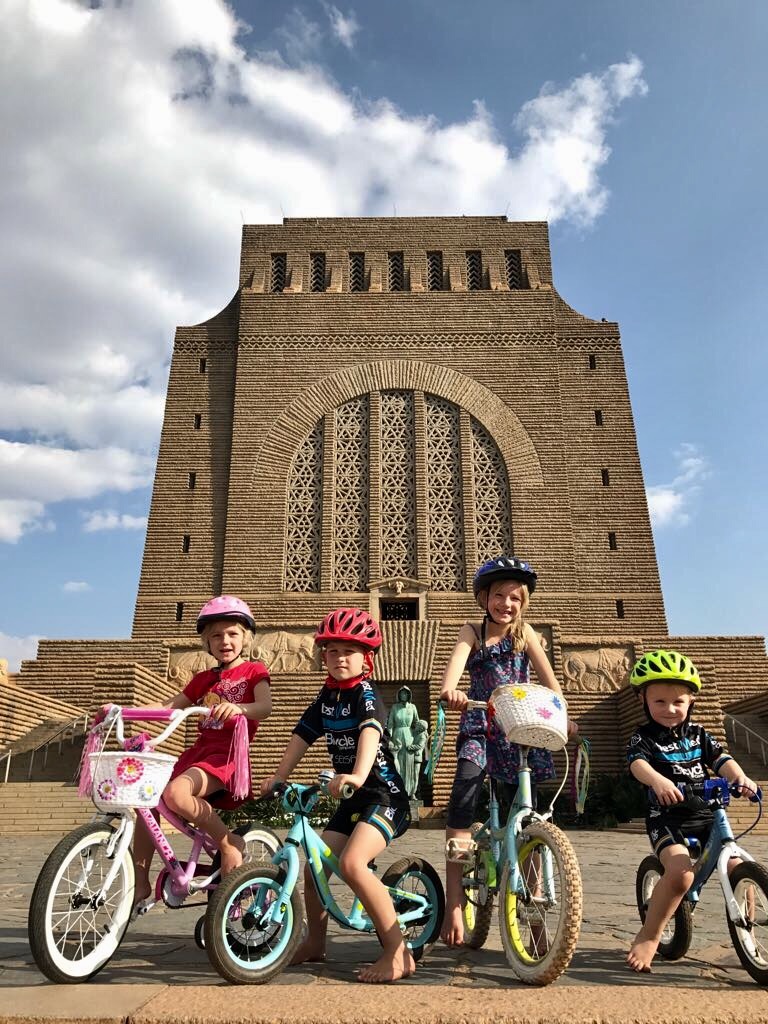 It’s not all about the adults at the Tshwane Classic. Tomorrow’s heroes also get a chance to show off their cycling skills in the kids’ events at the Voortrekker Monument.

Never before had a total of 98km of normally busy roads been closed to traffic and made exclusively available for cyclists in the City of Tshwane. The 2017 edition of the Tshwane Classic was a historic moment for Tshwane and for cycling, says seasoned race organiser Wynand de Villiers.

The second edition of the Tshwane Classic, presented in association with Jacaranda FM and Sun Time Square, takes place on 4 November 2018 and the city fathers are focussed and ready to present another successful edition of the event which attracted more than 5000 cyclists in its inaugural edition last year.

Before the introduction of the Tshwane Classic, De Villiers presented two signature road races in Tshwane over the previous 20 years. He assures that never before has an operational plan of this magnitude been put in place for a road cycling event in Pretoria.

“We presented the first Capital Classic almost 14 years ago. The first edition of the event started and finished in Church square and followed a 20km circuit linking up with Klapperkop. Andrew McLean won that edition after putting one over David Labuschagne in the sprint down Paul Kruger Avenue into Church Square,” says De Villiers.

“We then also presented versions that went out towards Hartbeespoort Dam and back and also, two years ago, a rendition that routed to Krugersdorp and back from SuperSport Park.”

De Villiers also presented the very popular Outsurance Tshwane Mayoral Ride, which took place on a fast 10km circuit around the Union Buildings. “That event grew massively popular in just a few years, but came to an end as a result of dwindling infrastructure support from the City.”

According to De Villiers this has changed dramatically in Tshwane since last year and in a major coup for the event, the Tshwane Metro gave the green light for total road closure for the Tshwane Classic.

South Africa’s capital had finally joined the country’s other major centres in presenting a signature mass participation cycling event on totally closed roads, which took cyclists past a number of historical landmarks in Pretoria.

Tshwane Classic race director Darren Herbst said they were thrilled to have the local government on board and driving the process of vesting the race as a signature city sporting event on the African continent. “Their partnership is a massive lift for the race. This was brought about by the dedication of Mauritz Meyer, who is passionate about cycling and about Tshwane.
“Mauritz worked relentlessly to get buy-in from the Tshwane Metro and his hard work has been rewarded. Through this association he secured total road closure and he has created a sustainable blueprint for the event.

“Paramount, of course, is that it offers riders safe passage on the various distances (98km, 60km and 20km), which means they will be able to enjoy what is a really great route.”

He said the race would start and finish at the Voortrekker Monument and pass several historical landmarks in Tshwane, including Freedom Park and the Union Buildings.

“The link with the Tshwane Metro and all their stakeholders has obviously been the key to enable us to offer this top-class event,” he said.

“Many of the country’s landmark cities have races, but Tshwane, as our capital, had never had a mass participation race on this level until last year.”

He said the local government had thrown their support behind the event because they were focussed on promoting the city as a premier sports destination. “This is one of the key points in having a mass participation race. It’s as much about uniting Tshwane as a community as it is about presenting a sporting event. It has taken some time, but everything finally came together.”

Herbst said he thought the race was well placed on the calendar. “With the 947 Challenge two weeks later, and everybody getting into their cycling during the summer, I think it is a great time of the year to host the race.”

Besides the main events, there will be shorter races for children over 5km and 500m.