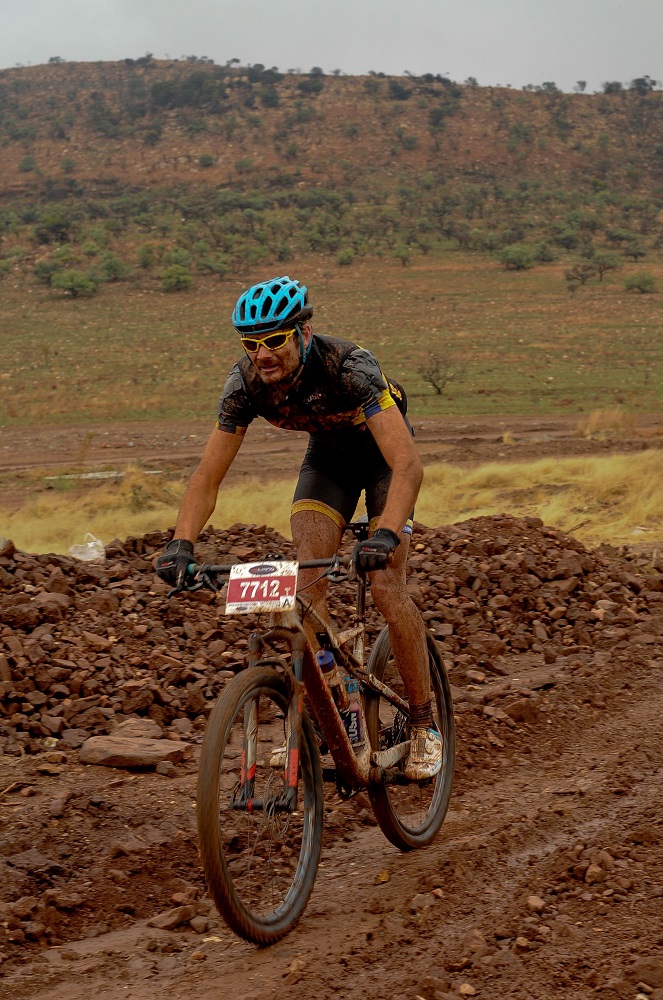 Henry Uys will be out to defend his title in the Land Rover West Rand Silverstar MTB Challenge in Krugersdorp on September 10. Photo: Supplied

Former South African sub-veteran marathon mountain biking champion Henry Uys will be looking to ramp up his game when he defends his title in the Land Rover West Rand Silverstar MTB Challenge in Krugersdorp on September 10.

The 33-year-old, who lives in Radiokop in Johannesburg’s West Rand, has shown good form after returning to competition following a month off in mid-year.

Besides a third place in the Bestmed Cycle4Cansa MTB Classic in Sun City earlier this month, Uys said he had also achieved podium places in the other three events he had entered.

“I am quite happy with my form because I have just started working on training again to get back for the second half of the season,” said Uys, who won the Silverstar 40km event last year in wet and cold conditions.

“But I am now looking to step it up for the next couple of months to try to move into a winning position.”

He said he was well placed at Sun City before falling foul of a few mechanicals, which meant he lost too much time on the front two.

Uys has competed professionally in road racing but his main focus now is on mountain biking. Besides his victory a year ago, he also has the advantage of having grown up in the West Rand.

“It’s a race that’s right on my door step so I am familiar with the terrain and the route we will be riding,” he said.

“I’ve won it before and I would like to defend the title and try to get some consistency in my racing.”

The defending champion said he was unsure who his main rivals would be at this stage, but he expected there would be several riders capable of challenging for the title.

“I never go into a race assuming there is nobody there who can win, so I am sure there will be good competition.

“However I would like to think my experience would assist me on when and where to make a move.”

Uys said the relatively short distance of 40km meant the race would be full of intensity.

“Often at the start guys tend to get carried away and sometimes go too hard. The key is not to spend too much energy in the beginning, but because it’s a short distance we are going at close to maximum most of the way.

“So basically you have to measure your effort and time your attack to perfection.”

Despite winning the national sub-veteran (30-34) marathon title last year, Uys did not enter that category this year.

“I am racing in the elite category and hopefully I can get some exposure to try to set up a possible sponsorship for next year. That is the ultimate goal.”