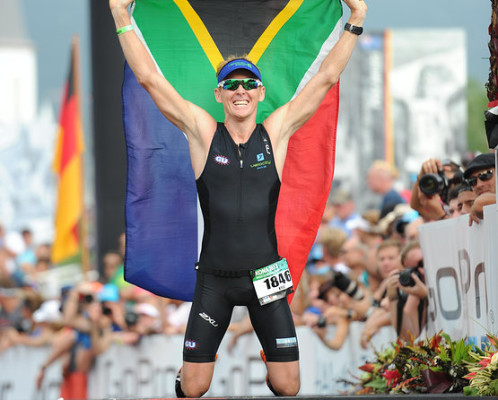 Buckingham entered his first triathlon in 2009 and turned pro in 2014. Buckingham hails from Port Elizabeth, South Africa, where he finished second at the 2014 IRONMAN South Africa. Although a relative newcomer to the professional side of the sport, Buckingham has already managed to make an impact by reaching the podiums of his first IRONMAN events as a professional.

“As a Ventum athlete, my job is more than just promoting the brand. I am working closely with the engineers at Ventum on bike development. They are using my feedback to continuously modify and enhance the bicycles.” said Buckingham. “The bike is my specialty – I’m actually a certified fitter – so I am tremendously excited to be part of bicycle development process.”

Several rounds of prototype Ventum bicycles have been produced for pro testing, meanwhile the competition-ready bicycle, including onboard hydration, will launch for consumer purchase later this year.

Ventum co-founder and professional triathlete, Jimmy Seear, explains, “We are not content to build a bike that only tests well under ideal conditions in the wind tunnel. We are building a bicycle for real-world race conditions – with a rider that needs hydration and nutrition on the bike.”

“Kyle is a rising start in the sport of triathlon and we are excited to work with him,” said Diaa Nour, co-founder of Ventum. “As a representative of Ventum, Kyle, along with our other athletes, is helping us refine the Ventum One. The engineering, development and testing we’ve done to build the bicycle is important, but the testing and feedback from our athletes is what will take us to the next level. Their experience on the Ventum One prototypes translates directly into engineering improvements on the final version of bicycle that will be available for sale later this year.”

About Ventum
Ventum was founded in 2014 by a team of athlete-engineers and entrepreneurs and is based in Miami Beach, Florida. Ventum uses technology from fighter jets and Formula One racing to create the world’s fastest triathlon bicycles, ideal for triathletes competing in non-draft-legal races, such as IRONMAN and Challenge events.

Ventum’s first production bicycle, the Ventum One, will be available for purchase in select bicycle stores later this year. Keep up with the latest news about Ventum and the Future of Speed by following Ventum on Twitter.