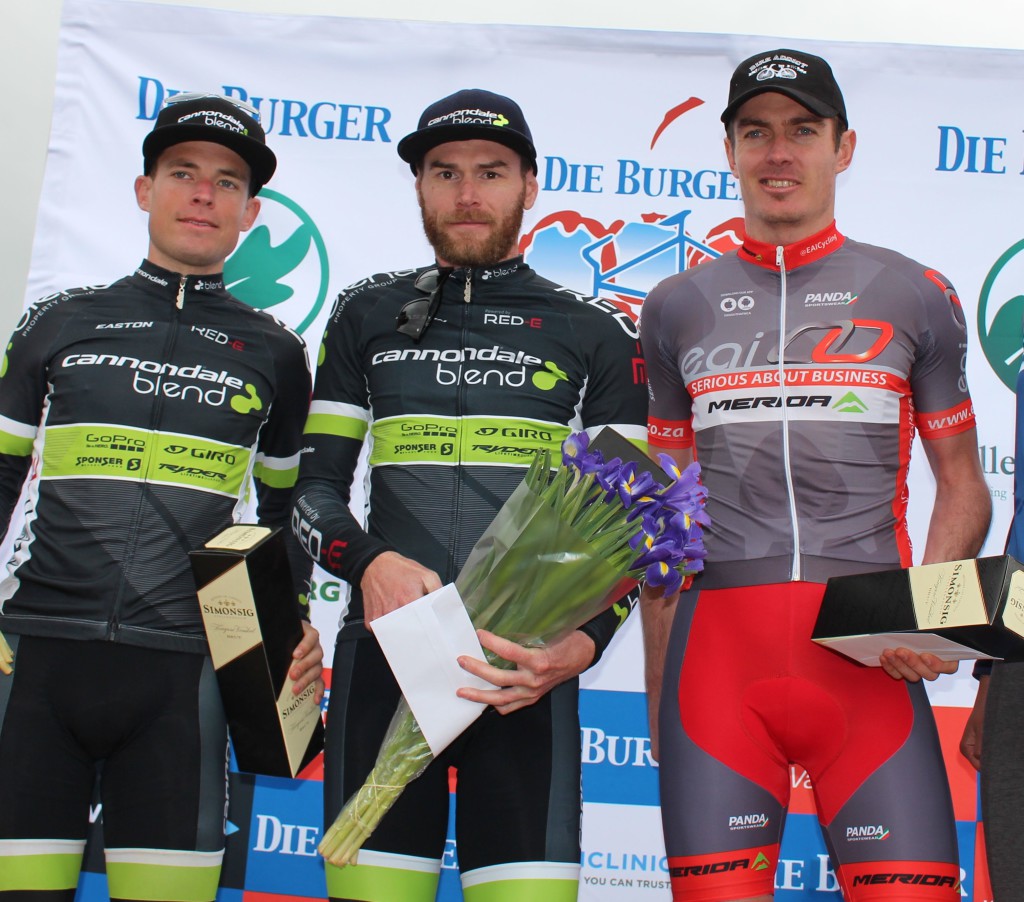 The MTB Challenge was held over six distances – the invitational only 75km, 60km, 50km, 42km, 30km and 15km. Action started and finished at Eikestad Primary School.

Woolcock said he knew he had a good chance to win the race and really wanted to get the victory after he came second last year. He won the race in 3 hours, 11 minutes and 41 seconds.  His teammate Darren Lill was second and Johann Rabie third. “We knew that we needed to break away from the other cyclists and halfway through the race Darren and I managed to create a gap on Johann. And we had kept the lead to the end.”

Woolcock said the weather played a part in the times that were a bit slower than previous years. “Because it rain early in the morning the route was wet so we were more cautious, but still went out really hard and fast. Rain also makes a race twice as challenging. This means that the times would be slower. But I’m happy with my result.”

Vale has finished on the podium twice before and was really happy to get the victory on the day. She won the race in convincing fashion in 4:06 over Sarita Swart and Nicola Gillomee.  “What makes this race great, is the route. It has a mixture of everything, from long steep climbs to fast open roads combined with lots of single track. I went out with the goal of winning and glad it all worked out. Unfortunately the women’s field wasn’t strong like the men’s but I am happy with my improvement from over the years,” said Vale.

In the 60km race Matt Daneel won his first ever mountain bike race, while legendary Michelle Lombardi won the women’s race. It was a good day for the Lombardis with Michelle’s son Matt (17) winning the 42km race.

A contribution from the entries received will be given to the Simonsberg Conservancy. It is also important to remember that all the routes that are used on the day are on private ground and farms and only accessible on the day of the race.  Some 5000 entries were received for the ninth Die Burger MTB Challenge.