Victory for Kleinhans and Reid 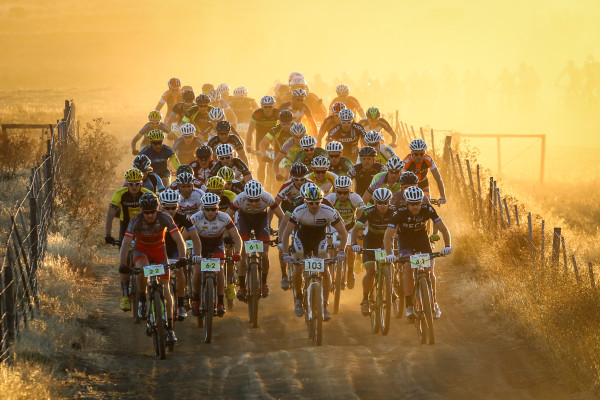 A strong field as they start Day 1 of the Du Toit’s Tankwa Trek – www.oakpics.com

Erik Kleinhans along with his teammate James Reid (RECM) dominated proceedings on day one of the third DUTOIT Tankwa Trek.

Kleinhans and Reid won the stage over 83km and 1850m of vertical ascend in the Witzenberg Valley in 3 hours, 20 minutes and 21 seconds. The fast paced start by Kleinhans caught all the other teams a bit off guard and soon the gap grew to one minute. In the end Kleinhans and Reid won by four minutes over Waylon Woolcock and Darren Lill (Blend, 3:24.26). Adriaan Louw and Lourens Luus (Contego MTB, 3:28.55) took the last spot on the winners’ podium. After taking the lead going into the wagon trail Kleinhans opened the gap and never looked back.

“James and I are both punchy riders so we pushed from the start. On the first climb we got to the top with a bit of a gap and I said to James now we push on rather than wait. Even though it was our first time riding in a race together as a team, we know each other really well. We have raced a lot against each other and the past few months we have been training together on a consistent basis,” said Kleinhans.

Reid added: “It wasn’t my best day. I battled more with myself than anybody else. But Erik was superb. I pretty much just hanged on.”

Even though four minutes behind Woolcock is not worried. “We started conservatively. Hats off to Erik and James, they had a strong stage. Tomorrow will suit Darren and me a bit better with the climbs.”

Stefan Sahm (Bulls, 3:20.27) won the solo-category. He rode with Kleinhans and James the whole stage after being the only rider able to follow the pace. “I pretty much just sat behind Erik. I did not want to go to the front, because then other teams might feel that I am interfering with the team competition and I don’t want that. I had a great day on the bike. The route was amazing. Last year I struggled, but this year I had so much fun. I am looking forward to the second stage after today, because this pure mountain biking.” 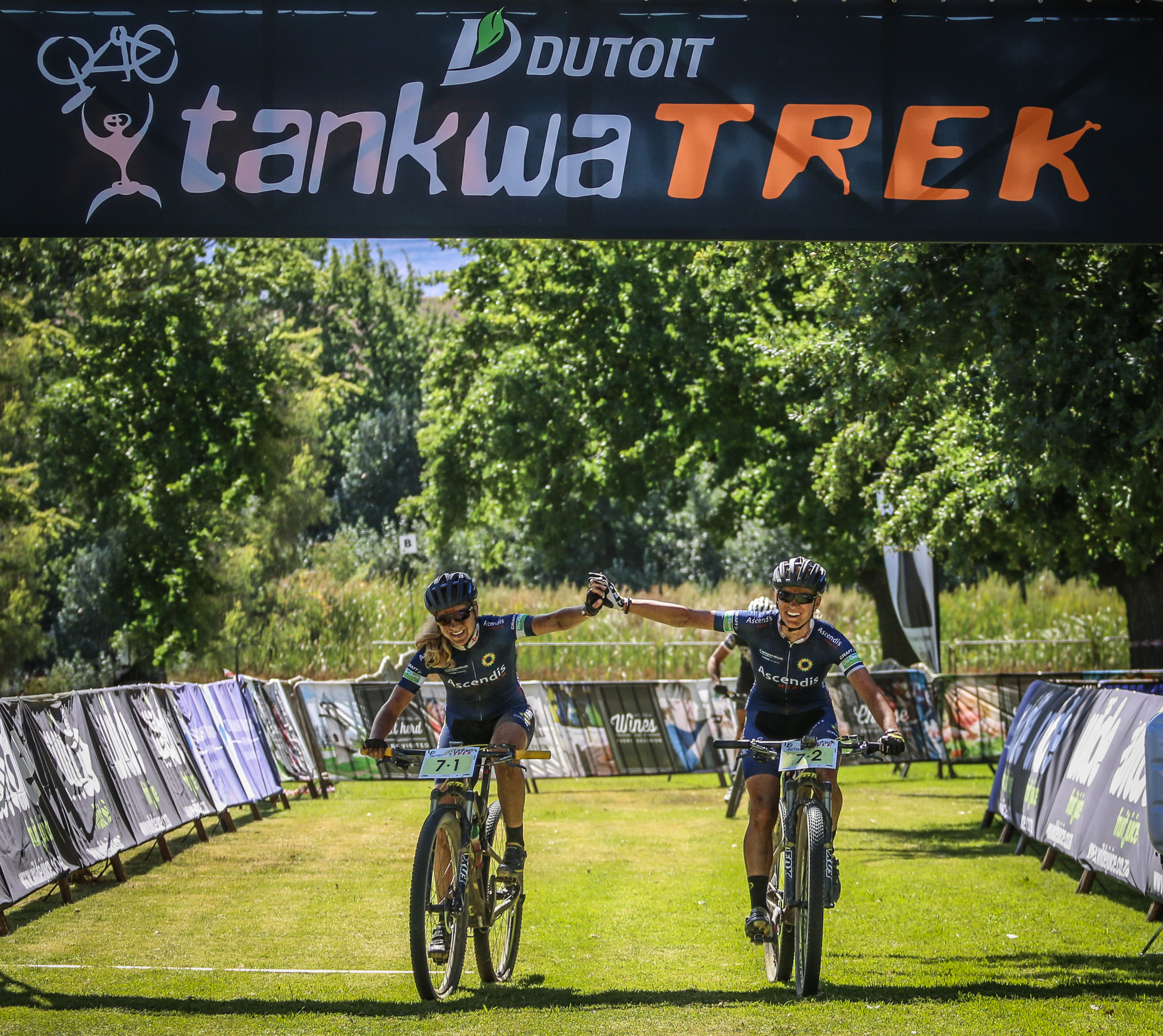 The women’s race was ding-dong-battle between the combination of Jennie Stenerhag and Robyn de Groot (Ascendis) and Ariane Kleinhans and Cherise Stander (RECM). On the climb after the last water point De Groot and Stenerhag got a gap and won the stage in 3:52.17. “We had such a battle today. On the climbs we got away and then they would catch up on the down hills. We were worried that it might be a sprint finish so we really wanted to get away,” said De Groot.

Stander and Kleinhans finished in 3:55.07 and the last spot on the winners’ podium went to Yolandi de Villiers and Bianca Haw (Sasol, 4:02.01).

Catherine Williamson (4:03.35) won the solo-category for women. “It was a bit lonely, but I had Cherie Vale as a companion. This route design is brilliant. It was not too technical that it was scary, but it was still a challenge.”

The first mixed team was the brand new combination of Craig Boyes and Candice Neethling (3:57.48). “I have never done a race as part of a mixed team before, so it’s so different but also so much fun.” Neethling added: “I worked quite hard, but had a great partner. I sat behind him every now and then, but just got dust! I had a great time.”

Saturday’s second stage is over 89km (2240m) in the Ceres valley. It is an easy start through the orchards of the Bokkeveld that takes riders towards the Ceres valley via a brand new single track adjacent the Gydo pass. Riders will tackle a few more old trails cleaned up by local farmer Mauritz Walters, so trust that he has planned a tough but very rewarding day out. The approach to the climb of all climbs is through undulating farm roads until the water point marks the start of the solid-surfaced jeep track that takes riders up and up towards the mast, also known as the Merino Monster – the climb will be well rewarded by a mind blowing descent down to Kaleo.