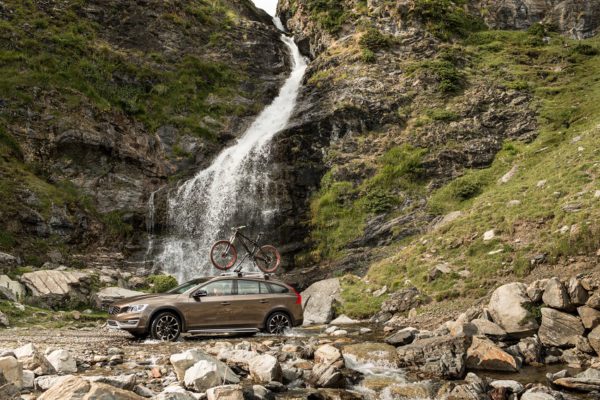 Volvo Cars South Africa have come on board as vehicle partners for the TransCape MTB taking place in February next year. Photo: Supplied

Volvo Cars, with their unique cyclist detection system on certain models, have announced that they will be the official vehicle partners of the 2017 TransCape mountain bike race.

“Volvo are the most human-centric car brand and our target market consists of progressive people who care about others and appreciate a life of adventure and simplicity,” said Michelle Naudé, marketing and communications director at Volvo Cars South Africa.

“Cyclists are thus very much in focus for Volvo and we have been looking for a credible partner in the cycling world.”

Standard on the all-new Volvo XC90 and optional on other models, the feature allows the vehicle to detect cyclists and apply preventative braking autonomously to avoid collisions or reduce the severity of impacts.

“We want to team up with a partner which shares our values, and seize an opportunity to showcase how incredibly well our vehicles and safety systems fit in with a cycling lifestyle,” she said. “TransCape ticks all the boxes.”

Naudé said that although the initial agreement with the Pretoria-based company was for one year, they were already considering extending the partnership to “two to three years”.

According to her, the adventurous, premium nature of the seven-day event across the Western Cape tied in with the Swedish car manufacturer’s luxury ideology and their approach to making ownership less complicated.

“We are looking forward to interacting with the participants.

“It is a unique opportunity to get to know them and, through this networking, share our passion for our brand, demonstrate our fabulous features and show just how well we suit the mountain biking adventure lifestyle.”

“Because the TransCape is a full-service event, transporting the riders is one of the week’s most crucial aspects.

“They are transported from the finish areas and race villages to their hotels and guest houses, and back again, on a daily basis. This year they will be riding in style.”

ASG Events announced earlier this month that they had acquired a controlling stake in the 675 km event.

De Villiers said it now formed part of their repertoire of partnership events, which include the Bestmed Tour of Good Hope, Liberty Encounter Series and Sanlam MTB Invitational.

“We are looking forward to building on the success story of this race,” which, he said, fitted in nicely with their current offering for high-net-worth individuals in the mountain biking arena.

Entries are limited to 130 riders and each participant stands a chance of winning a Volvo bike carrier valued at R10 000.

Starting in Knysna on February 5 next year, the race takes in the Garden Route, Klein Karoo, Overberg and Winelands regions en route to the finish in Franschhoek.

For more info, go to www.transcapemtb.co.za.