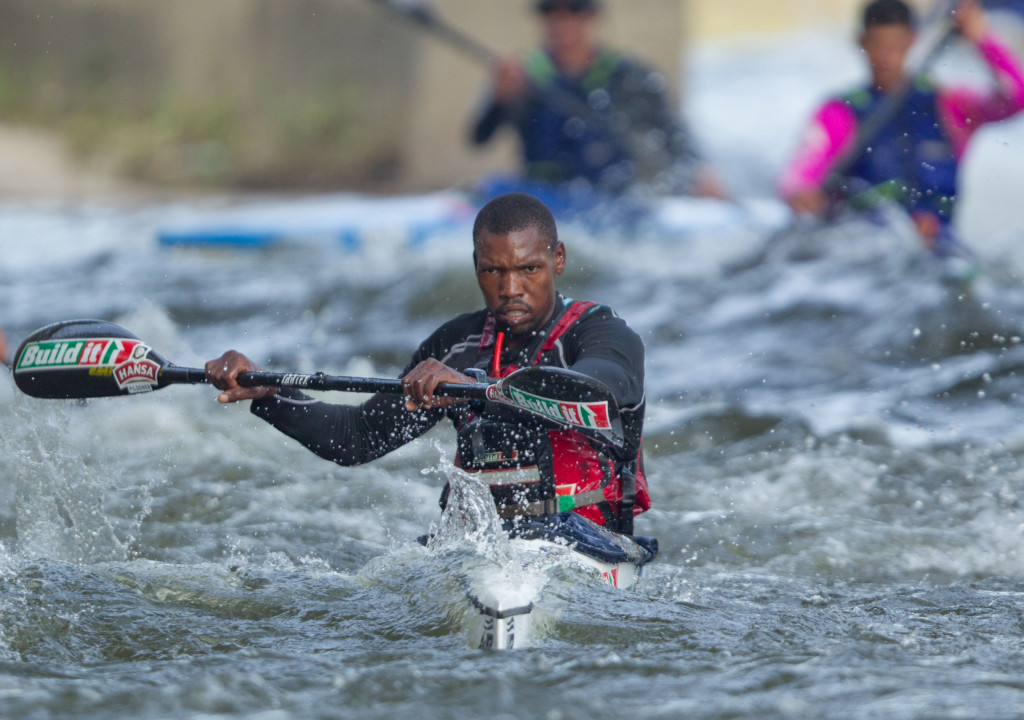 Former Computershare Change a Life Academy member Thulani Mbanjwa showed the next generation of the Valley of a Thousand Hills progamme’s squad the way as he finished tenth in the recent Berg River Canoe Marathon in the Western Cape. – John Hishin/
Gameplan Media

Durban – Two major events on the South African river marathon calendar recently provided the perfect platform for the Computershare Change a Life Academy’s paddlers to showcase their abilities outside of their home province of KwaZulu-Natal with the rising force in the country’s canoeing community overcoming the challenges with shining colours.

The Western Cape’s Berg River Canoe Marathon in July and the recent Green Kalahari Canoe Marathon on the Orange River in Northern Cape afforded the Valley of a Thousand Hills operation the chance to test themselves in difficult and relatively unknown territory and the strong showings, particularly of the younger academy members, bodes for the programme’s future.

“We were extremely pleased with how our guys did at both the Berg River Canoe Marathon and the Green Kalahari,” said academy founder Martin Dreyer.

“I think the old guard of the Change a Life Academy had become known primarily as Dusi specialists but the performances some of the juniors have achieved recently have certainly blown that theory out of the water!” he added.

Dreyer’s 10-strong squad that tackled the clash from Paarl to Velddrif achieved a remarkable clean sweep of the under-18 boys’ podium as well as taking first in the under-16 boys’ race.

“It was the first time ever that the entire under-18 podium went to development paddlers and the fact that all three youngsters were Change a Lifers really was something special!”

“We’ve also achieved a silver medal in the under-16 boys section at the Canoe Marathon SA Champs and Mthobisi Cele just missed out on a Dusi top 10 in February when he and Damon Stamp finished eleventh after a heart-breaking last day minor mishap.”

“I think all these results really show that things are changing and that we’re now far more than just really good runners and Dusi specialists!” 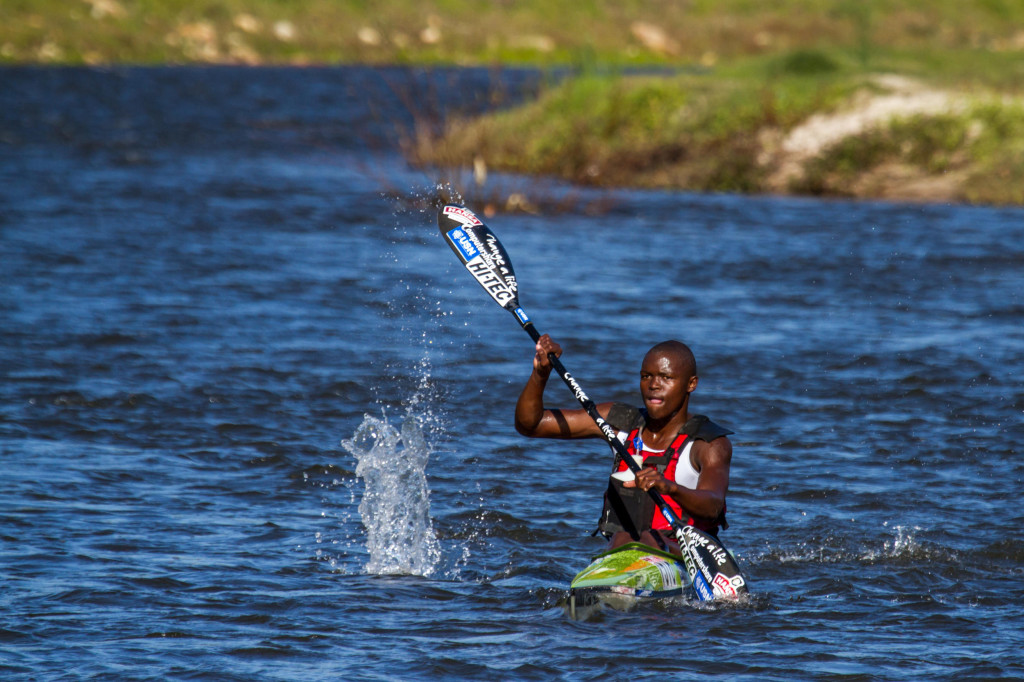 Rising under-18 talent Mthobisi Cele led home a gaggle of the Computershare Change a Life Academy’s young talents at the Berg River Canoe Marathon as the squad clinched positions one through five in the under-18 boys’ race. – John Hishin/
Gameplan Media

n the back of his sublime Dusi and Berg results, under-18 standout Cele even opted to tackle the academy’s recent Northern Cape assignment in the under-23 category and again performed admirably while Change a Life ambassador Sbonelo Khwela, formerly known as Sbonelo ‘Eric’ Zondi’, and Thulani Mbanjwa finished third overall and the squad as a whole clinched seven of the top 15 positions.

“Mthobisi opted to race the Green Kalahari with his older brother Mmeli in the under-23 category because he was looking for a little more of a challenge and their top ten [eighth] finish just shows how talented the two siblings are!”

Dreyer also believes the squad’s explorations into other parts of South Africa and competing in a variety of conditions will hold them in good stead upon their return home as they start their preparations for the upcoming KZN river season.

“The juniors performing as well as they did at the Berg River Canoe Marathon was a great confidence booster because the Berg is termed the ‘Comrades of Canoeing’ where its four days of close on 70km a day of paddling.

“It’s pretty much flat water the entire way and the amount of time you spend on your bum in the boat is just mind-numbing. It’s not easy by any means!

“The conditions are really tough down in the Cape during winter and for my guys to have experienced the below zero temperatures at night and the howling wind and rain during the day that they did at this year’s Berg will certainly help in toughening them as athletes and can only benefit them going forward,” added Dreyer.

The next major river marathon on the horizon for the Computershare Change a Life Academy is the Hansa Fish River Canoe Marathon and the Eastern Cape event provides the squad with yet another out-of-KZN opportunity to shine.